Torino, "EXPO TO" May 27-September 27 2015. Studiotorino is proud to participate in the "Parco Valentino Salone & Gran Premio" and "Modus Vivendi" events with it's three classic prototypes: Ruf RK Spyder, RK Coupé and the new Moncenisio.
Conceived by Andrea Levi and supported by a distinguished committee, the goal of "Parco Valentino" is to commemorate with an original automobile exhibit what was to be the last Formula 1 Grand Prix in Torino in 1955. 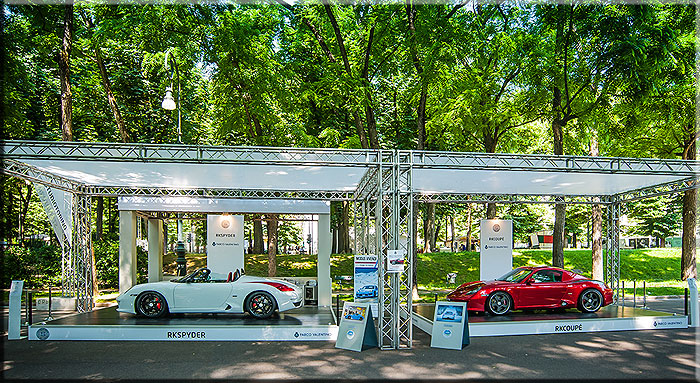 "Modus Vivendi" is an exhibit organized by Cav. Rodolfo Gaffino, director of the Turin National Automobile Museum, presenting 14 automobiles that have become legendary for having made special journeys.
Every car has an exciting story to tell of travels to new and different worlds far away from home.
Our Moncenisio is perhaps the only "prototype" to have reached the Steel Globe in Nordkapp in the dead of winter.
Just For the record, the northernmost point in the world passable on paved roads was reached on Jan. 30, 2015.

The Moncenisio "Arctic Experience" at MAUTO together other 13 extraordinary autos and IVECO's Overland truck, all of them leaders of extreme travels on the world roads.

The theme of the meeting with Adolfo Orsi was inspiring. The topic of the thesis presented by Davide De Martinis, conceived and proposed in conjunction with Studiotorino, was: THE NEW MASERATI MOTORCYCLE m.y. 2016.
Not many people know that MASERATI produced motorcycles between 1947 and 1960. A meeting with someone so influential in the history of MASERATI was not an opportunity for Alfredo and Maria Paola Stola to miss in their roles as research supervisors for the thesis.
The aim of the thesis was two-folds: to analyze the history of the MASERATI MOTO and to imagine what its latest model would look like today if it had not gone out of production. 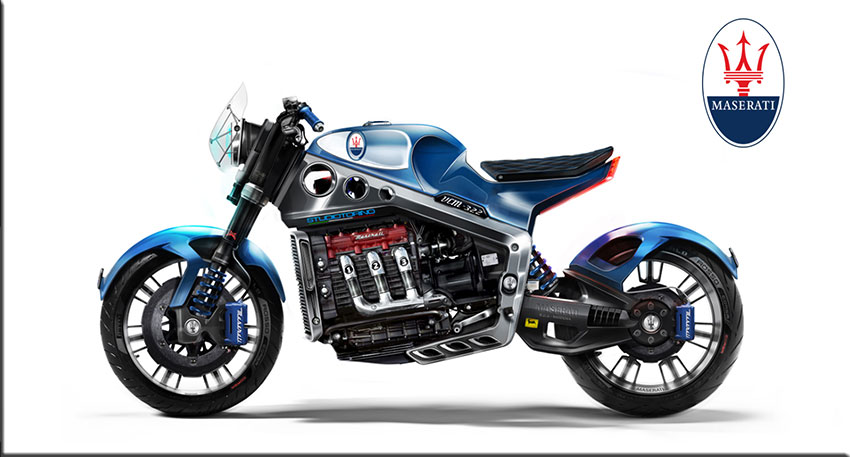 Davide De Martinis obtained his Laurea Degree in Transportation Design on July 9, 2015 at the Italian University For Design IAAD, Torino. Luca Bar and Marco Vendrame were his thesis advisors.
Paolo Spada and his colleague Emanuele Battista of Spadaconcept were his tutors on behalf of Studiotorino during his “Post-Laurea” period. They dedicated their passion and even some of their free time.
The name given to the imaginary re-invented motorcycle was VCM 322. It was chosen as a nod to the historic MASERATI address in Modena at Viale Ciro Menotti 322. 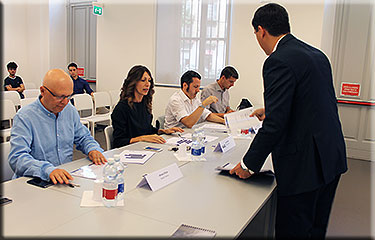 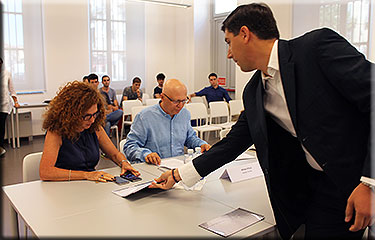 Davide De Martinis with research supervisors Maria Paola and Alfredo Stola at the presentation of the thesis. 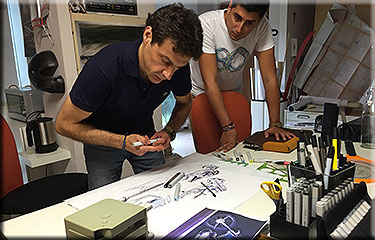 Paolo Spada and Davide De Martinis during a creative moment. 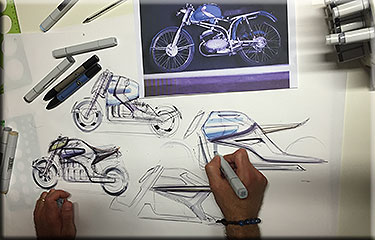 The first drafts of a Maserati motorcycle inspired by the classic bikes of the 50’s and 60’s.

The VCR 322 DNA, is that of the 50cc motorcycle Type T2 Super Sport m.y. 1956, despite the great difference in engine capacity. The frame, the shock absorber details, the front fender, the color and the graphics have also been our references. There are also some automotive tributes, such as the holes on the frame and the plexiglass front lamp fairing pipes from the Birdcage Tyoe 61, the triple exhausts inspired by the iconic elements on the Quattroporte front fenders and wheel spokes from the GranTurismo.
The engine architecture, a 1000cc V6 90 degrees, it is not accidental, It is an homage to Ing. Giulio Alfieri, Maserati technical director between 1955 and 1975.
It took inspiration from SM engine employed on the Maserati Merak and later on the 1000 V6 Laverda, when in the 1977 Alfieri was consultant in this famous motorcycle company. 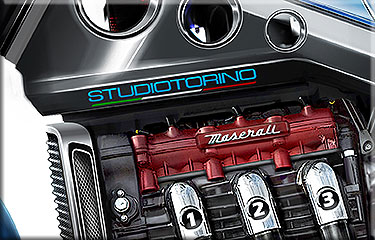 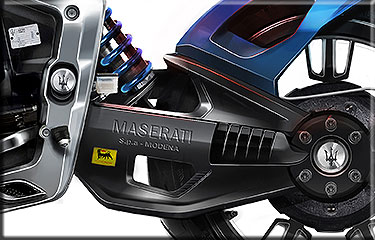 On November 10 2015 W Motors, www.wmotors.ae, presents its worldwide premiere of the Fenyr style model at the Dubai Motor Show.
In cooperation with Magna Steyr Italia, Studiotorino advised to the construction of the style model.
The extraordinary design of the Lykan Supersport has been costructed by Antony Jannarelly under the watchful eye of Ralph Debbas, CEO of W Motors. 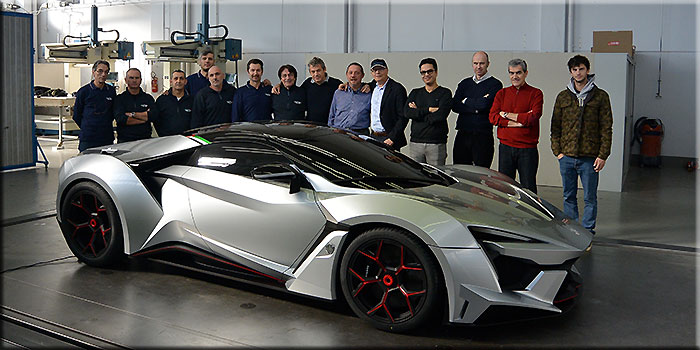 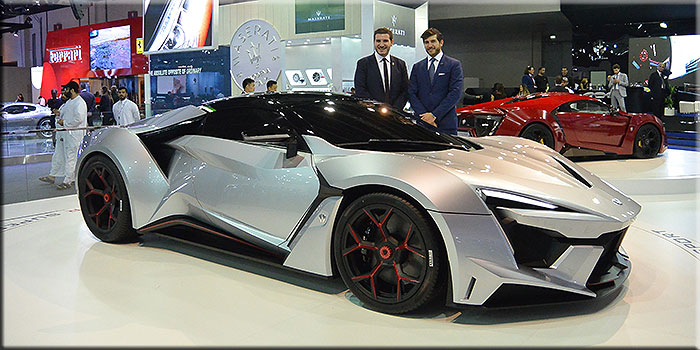 Dubai, November 10, 2015, Ralph Debbas and Saari El-Khalil, of W Motors,
at the world premiere of the style model Fenyr Supersport.

March 1, 2016 at the 86th Geneva International Motor Show. The LYKAN in red livery by W. Motors was presented at the MAGNA stand for the first time in Europe since its cinematographic appearance in Fast and Furious 7.
For the hypercar protagonist of the successful 2015 Universal Studios production, MAGNA ITALIA produced some of the stunt cars in 2013. Most of these were subsequently destroyed during the dangerous scenes. STUDIOTORINO was involved as an advisor for the restoration and finalization of the prototype for MAGNA STEYR ITALIA. 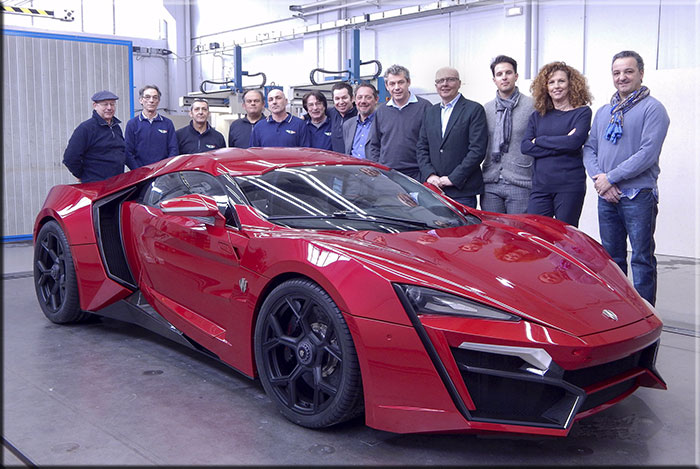 The late Paul Walker, Vin Diesel and Jason Statham filmed all the Lykan scenes at the studios in Atlanta except for the jumps between the three skyscrapers which took place in Abu Dhabi.
Paul Walker’s brother doubled for him in the jump scenes. The film was delayed one year due to the tragic loss of the actor.
Vin Diesel who plays Dominic Toretto says behind the scenes: “This is the first film that Dom is caught in a car like that.”
In the first scene with the Lykan, Paul Walker says: “There’s seven of these things in the world and this guy keeps it locked in a vault.” 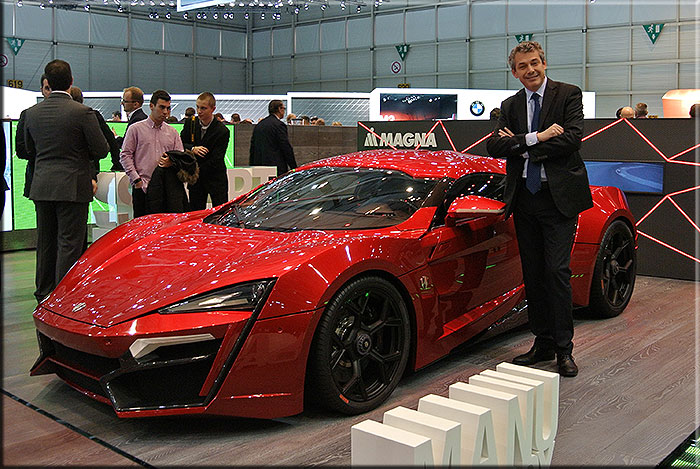 Geneve 2016, Tiziano Novo CEO Magna Steyr with the Lykan with the red livery at the MAGNA Stand. 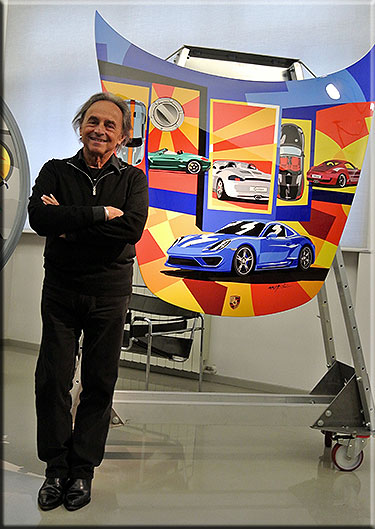 Since the 1970’s, Art and Automobiles have come together in some of the most important museums in the world. Artists such as Alexander Calder, Roy Lichtenstein and Andy Warhol have all expressed their creativity on BMW bodywork.
Alfredo and Maria Paola Stola, in wanting to express their passion for the Porsche brand, have commissioned  artist Ugo Nespolo to create a unique artwork portraying the prototypes that they have created between 2001 and 2014.
Titled “Nate a Torino”, Born in Turin, the work was presented at the artist’s studio on 22nd March 2016 and is currently displayed at “MAUTO” , the national automobile museum in Turin. 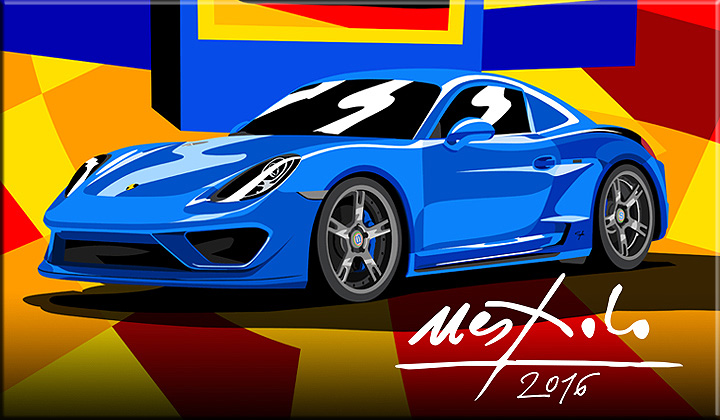 Between the 8th and 12th of June 2016, the Mont Cenis S.F. 1/1 was displayed on the Studiotorino stand at the second " Salone dell'Auto 2016 Parco del Valentino" in Turin.
A fitting tribute to our city and our desire to show the prototype once again to an estimated 500,000 visitors of the motor show. 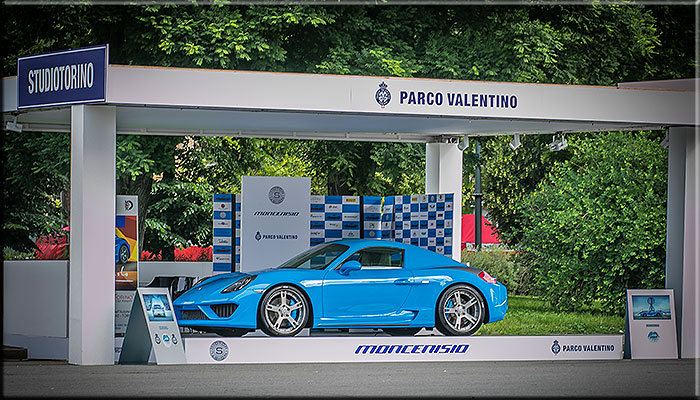 We were especially proud of the request from Gabiele Morosini, founder and CEO of “Cars and Coffee Italy”, to display our now classic prototypes, the RUF RK Coupe and Spyder, at the event.
The event was framed by the Valentino Castle and the prestigious Faculty of Architecture in Turin. 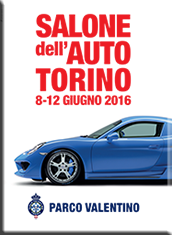 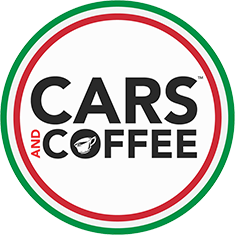 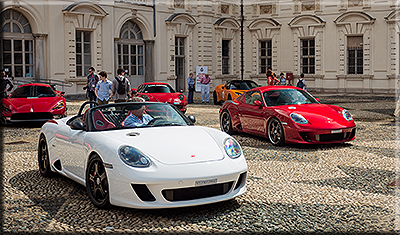 Ruf RK Spyder and Coupè prototype at Valentino Castle in Turin during Cars and Coffee gathering. 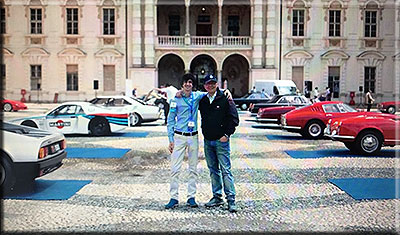 Beijing On July 3rd, 2016 in in the ball room of the Beijing Hotel, the model named SEVEN was shown to selected guests of the national entrepreneurial world.
The model SEVEN belongs to the new automotive company ICONIQ.
The model in the city of Rivoli surrounded by the workers.

ICONIQ and SEVEN are an idea of Mr Alan Wu, whose target is to create an exclusive and luxury MVP full electric traction.
Along with the engineering support of Magna and the design by W Motors, Studiotorino carried out the duties of technical advisor for Magna Steyr for the realization of the exterior model.

Beijing, July 3rd, 2016.
The SEVEN by ICONIQ presented at the
prémière in Beijing. 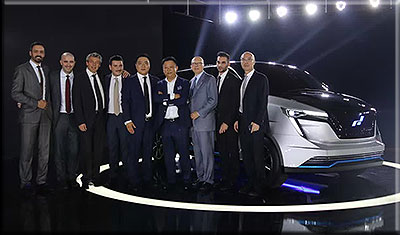