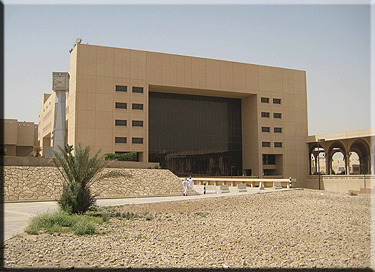 Entrance of the prestigeous King Saud University in Riyadh.

The Gazal 1 styling model, presented at the 2010 Geneva Motor Show on the King Saud univesrity stand, is the result of the first "project" of KSU automotive engineering degree course in Riyadh. 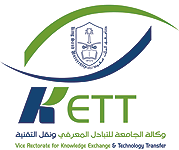 The "project" management dedicated to fifty students, running from April 2009 within end 2010, totally cared by KSU docents was supported by external partnerships with Magna Steyr Italy for engineering along side Studiotorino for styling as mentors. 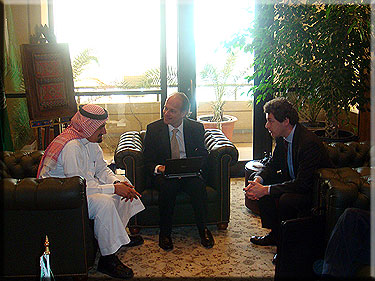 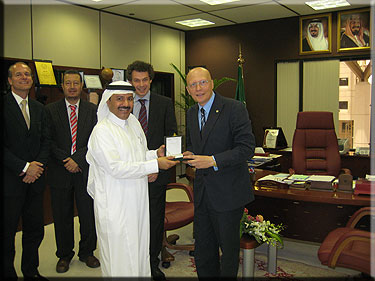 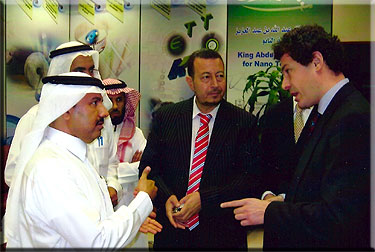 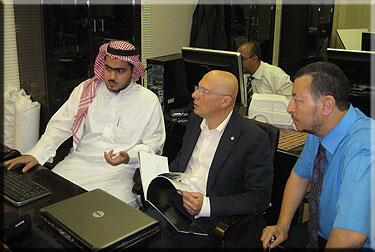 Alfredo Stola with Professor Saied Mohamed H. Darwish and one of the KSU students in Riyadh.

Academic lessons, covering all aspects of automotive development, including styling and engineering feasibility as well as the engineering and construction of the styling model and the first running prototype, were conducted in Riyadh in parallel to “on the job” training In Turin. 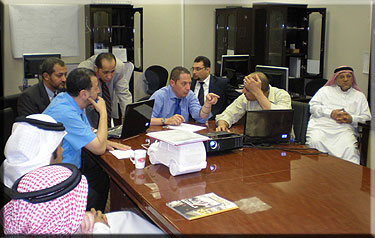 An automotive engineering lesson at
the King Saud University. 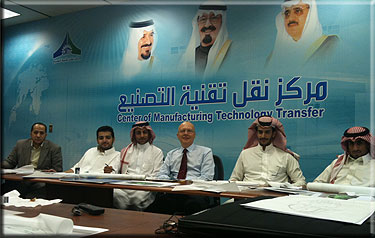 Alfredo Stola with the King Saud University
students in Riyad. 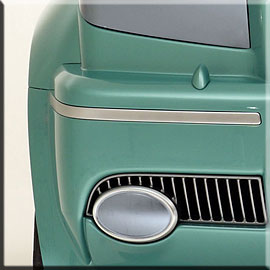 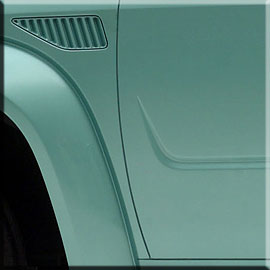 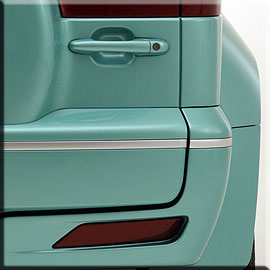 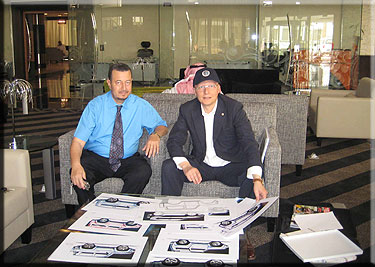 One of the first sketches pre selections with Professor Saied Mohamed H. Darwish in RiyadhThe styling requirements given to Studiotorino by King Saud University and outlined in the first meeting in Riyadh on April 7th 2009, were very clear: this new SUV would be classical, contemporary and durable whilst avoiding short lived fashion and would to be based on the chassis and mechanics of the long wheel base Mercedes G-class. 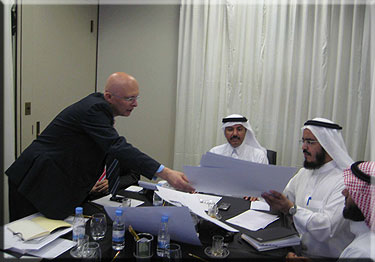 Studiotorino called on the expertise of Peter Arcadipane, an Australian designer of thirty years experience in some of the best known Automotive design studios around the world, cooperating directly in team with the KSU students. Over 50 sketches side view proposals were presented and the academic body began a selection process which led to the final choice in May 2009. 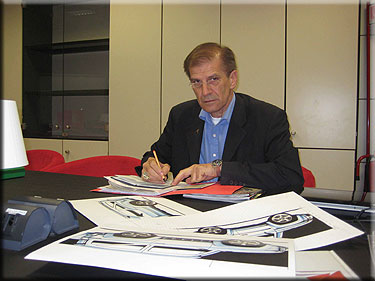 Peter Arcadipane in team with the KSU students, designed the Gazal-1 style for STUDIOTORINO.

Along side the KSU students and the supervision of teachers from the University, Magna Steyr Italy carried out the development of the digital surfaces used for the construction of the styling model presented at the 2010 Geneva Motor Show. 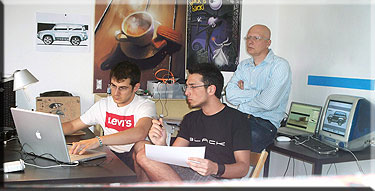 The "environmental graphic study" only for the style sketches comes from the stage offered to Studiotorino by the I.A.A.D. design institute in Turin and their students, in optic of collaboration among schools. 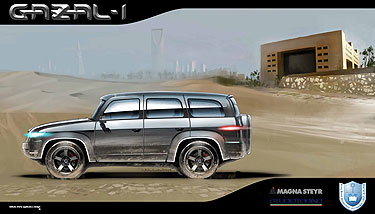 The official style sketch presented to the rector of the King Saud University, His Excellency Professor Dr. Abdullah Al- Othman

The name “Gazal 1” and the colour green were selected by the university staff for their local significance. Gazal refers to the Arabian Gazelle, a fast, strong and particularly well adapted animal to the region and green being one of the most popular colours amongst Arabian people. 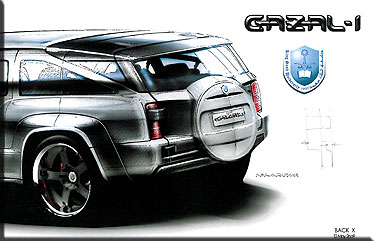 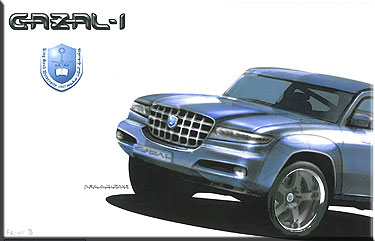 This first iautomotive engineering course can be ended within June 15, 2010.
On that day, at the royal residence in Jeddah, the entire teaching staff, together with students of the course, presented to HRH King Abdullah bin Abdulaziz AlSaud, the first engineered and running prototype. 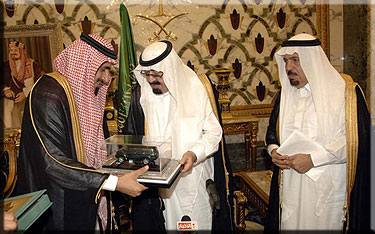 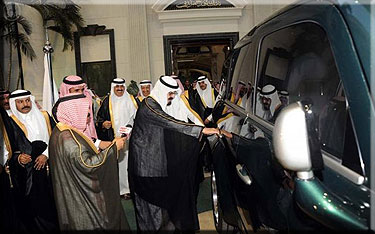 Beyond the academic and technical aspects of the project, the experience provided a good opportunity for co-operation, cultural exchange and the development of new friendships. 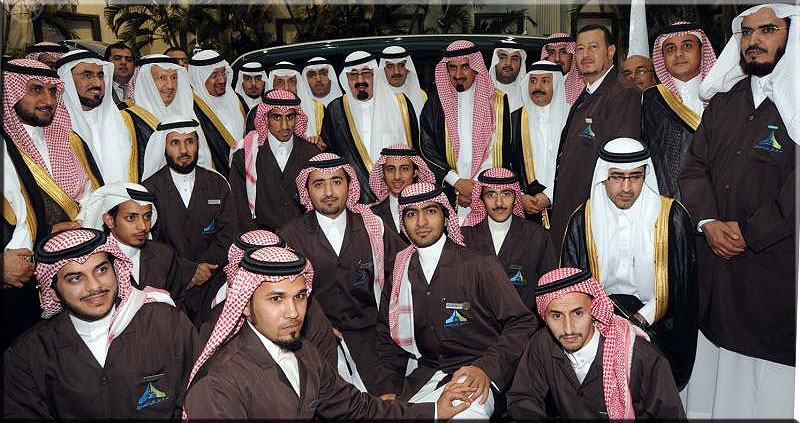 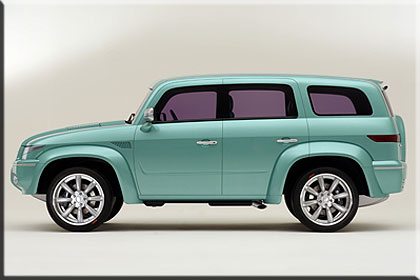 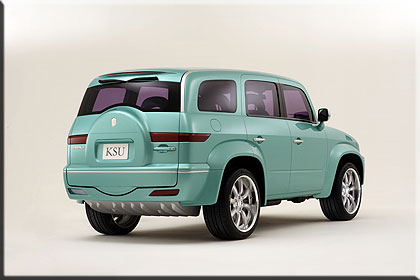 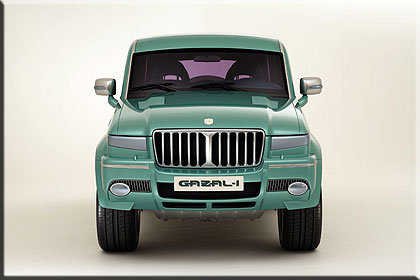 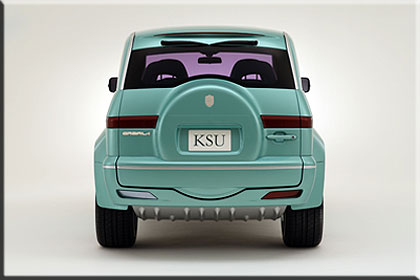