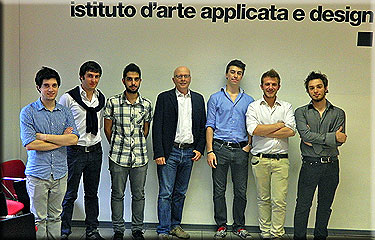 COUPETORINO 2013 is a non-profit academic project conceived by Studiotorino and promoted by Alfredo and Maria Paola Stola. Its goal is to train six young students who attend Istituto di Arte Applicata e Design in Torino.
The project began in September 2012 with six students: Bruno Arena, Michele Bavaro, Riccardo Luigi Cascone, Stefano Manini, Dario Pellegrino and Cristiano Zanot.
The objective of the "style research study" between STUDIOTORINO and Steffen Koehl of Global Advance Design MERCEDES BENZ was to transform the new iconic Mercedes SL spider into an exclusive Coupe.
The architect Daniele Galione tutored with great passion for Studiotorino six students of the IAAD University.
The COUPETORINO was envisioned by fantasy as a one-off special edition or limited series model and was for the students a realistic work-study project.
In addition to the basic style aspects of transforming a spider into a true coupe, careful consideration was taken into account in terms of engineering feasibility and cost of production. 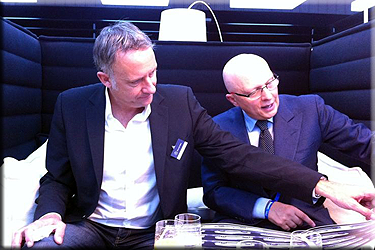 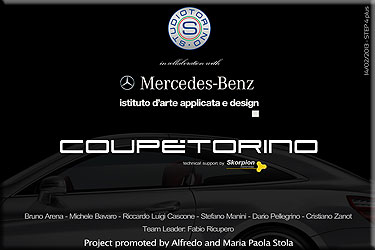 Official poster of the project COUPETORINO.

Step 2; The designs presented to the Design Center of Sindelfingen, November 5, 2012.

Steffen Koehl's didactic participation was generous and highly instructive. Over the months Mr. Koehl gave three in-person lectures and maintained a continuous dialogue with the students via email. 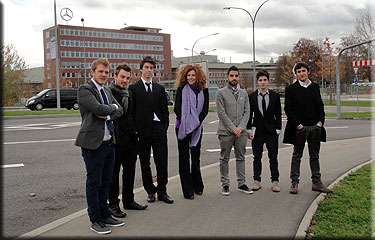 The team COUPETORINO in Sindelfingen at the Mercedes factories. 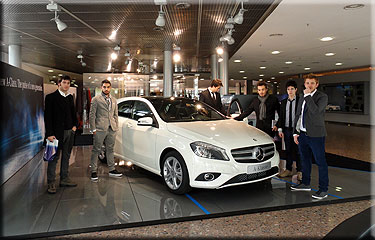 Students standing near the new "A-Class" at Kunder Center in Sidelfingen.

The students presented Step 2 of their work on November 5, 2012 in Sindelfingen at the MERCEDES BENZ Design Center. The students were cordially welcomed and had the exclusive opportunity to present their work on a triple 1/1 screen, one of the most avant-guard in the world.
Steffen Koehl graciously guided the group through the Design Center and commented on every one of the students' designs, making corrections when necessary. 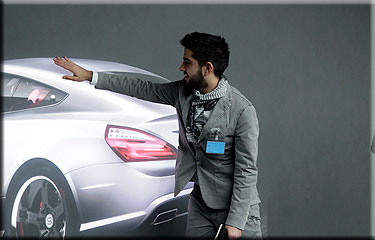 Dario Pellegrino at the Power Wall 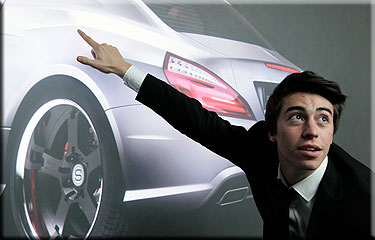 Stefano Manini at the Power Wall 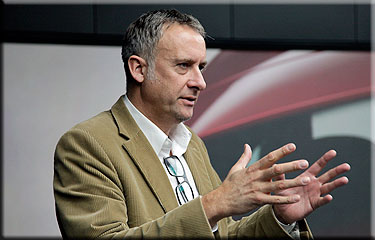 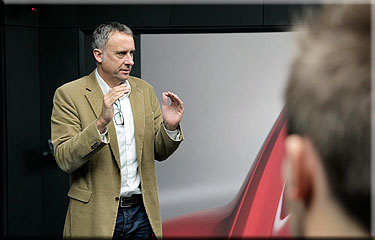 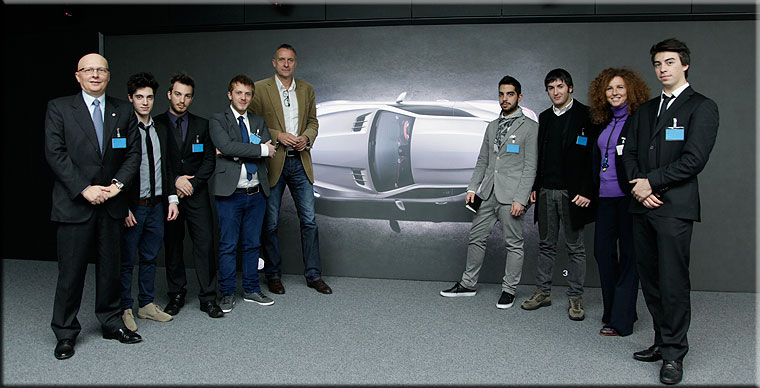 The team COUPETORINO with Steffen Koehl in the Virtual room of the Design Center.

Step 4 of the project was presented was the second meeting and took place in Torino on January 22, 2013 at IAAD.
The students presented illustrated their 3 final style versions: 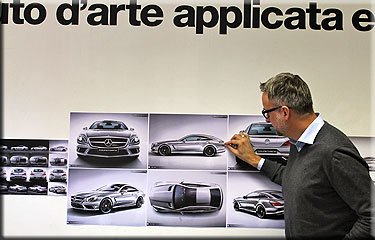 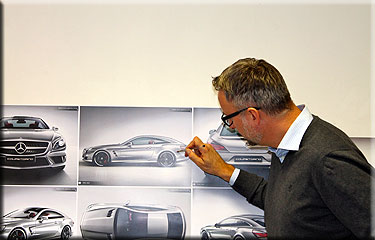 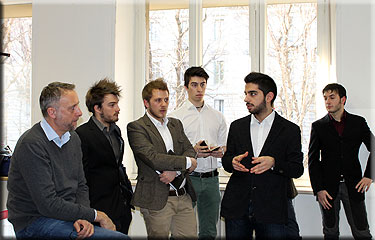 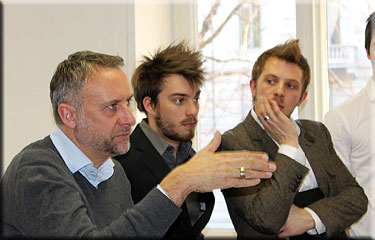 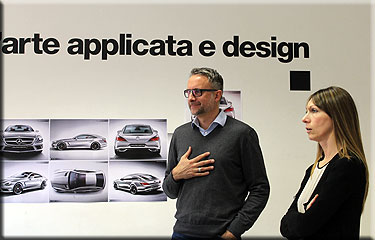 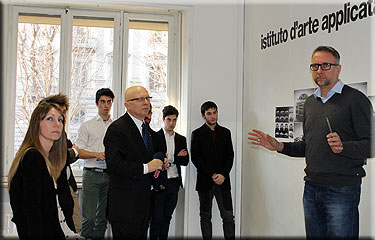 Classic, Muscular and Shooting-Brake.
Italo Moriggi and colleagues of Skorpion, sponsor of the project's 1/4 scale stereolitography resin model attended the event.
Mr. Koehl examined all of the designs, listened to and suggested modifications and alterations to the students' work.
Step 4 Plus of the project transpired via email. The students had modified their design according to suggestions and the Shooting-Brake design was selected for the scale model.
The datas were performed at Skorpion in Milan. The students had the opportunity to interact with Matteo Gelpi and add another dimension to their experience.
The 1/4 scale model was created using a large and monolithic stereolitography technique with an internal surface thickness that would allow manual modifications. 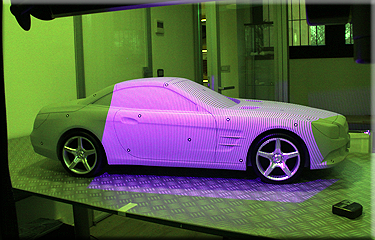 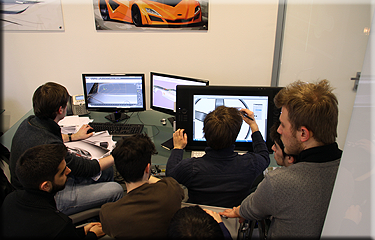 The scanning, datas and a scale model 1/4 built in stereolithography, a giant monolithic were carried out by the technical sponsor Skorpion. In Particular, the datas were made by the technician Matthew Gelpi were followed by students of the team COUPETORINO. 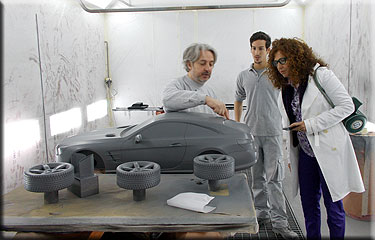 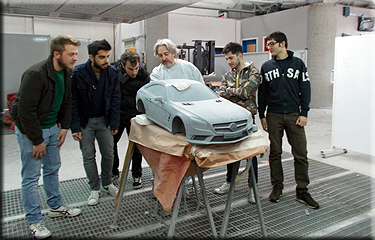 The model in stereolithography after a quick sanding, is painted with the supervision of the
students and Maria Paola Stola.

The final presentation of the 9-month academic project took place on May 27 at the MERCEDES BENZ Design Center in Como.
Steffen Koehl and Michele Paganetti cordially welcomed the students, Studiotorino, IAAD and Skorpion.
The students: Arena, Bavaro, Cascone, Manini, Pellegrino and Zanot presented their design project as if presenting a thesis. They explained in detail every step that led their study from an idea to a model.
Teamwork was an integral and deliberate part of the learning experience and the students did all of their work as one. 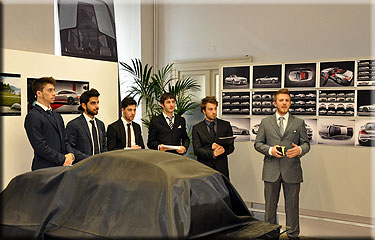 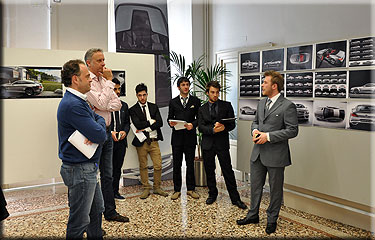 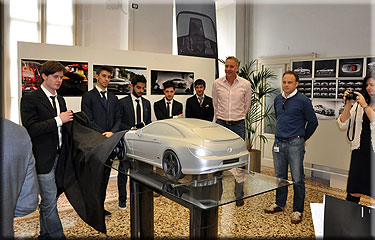 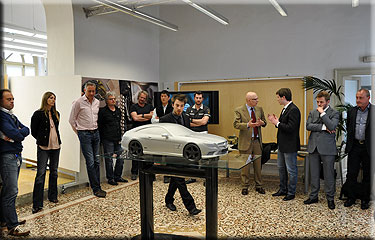 On this their last and most important day the students also expressed their individuality with a surprise. The students presented the Mercedes Design Center with six illustrations of the COUPETORINO finely printed on paper as a memento of their unforgettable experience. 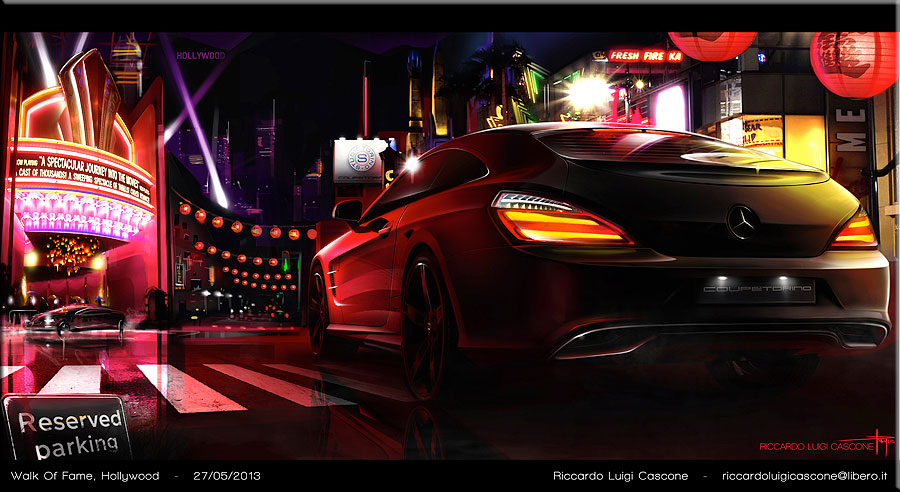 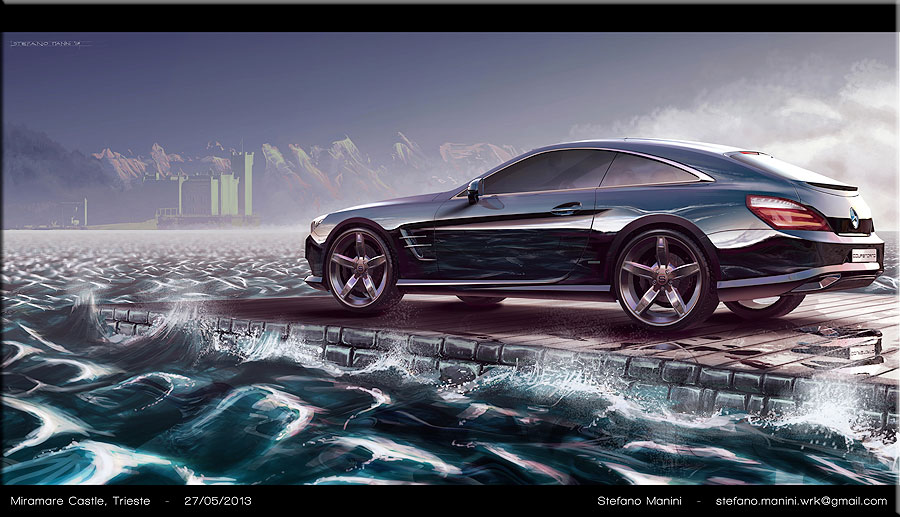 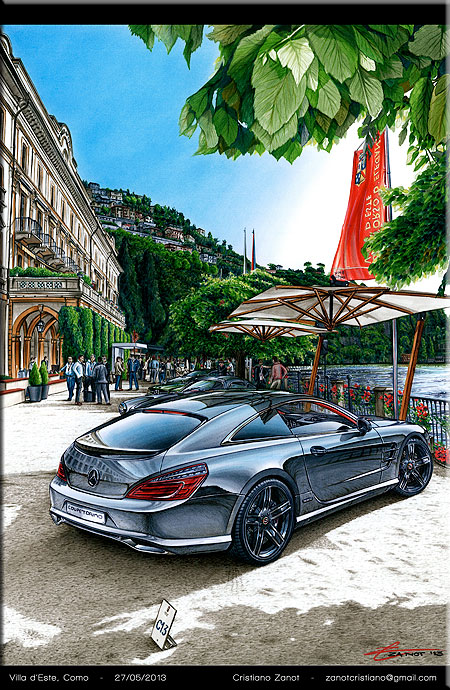